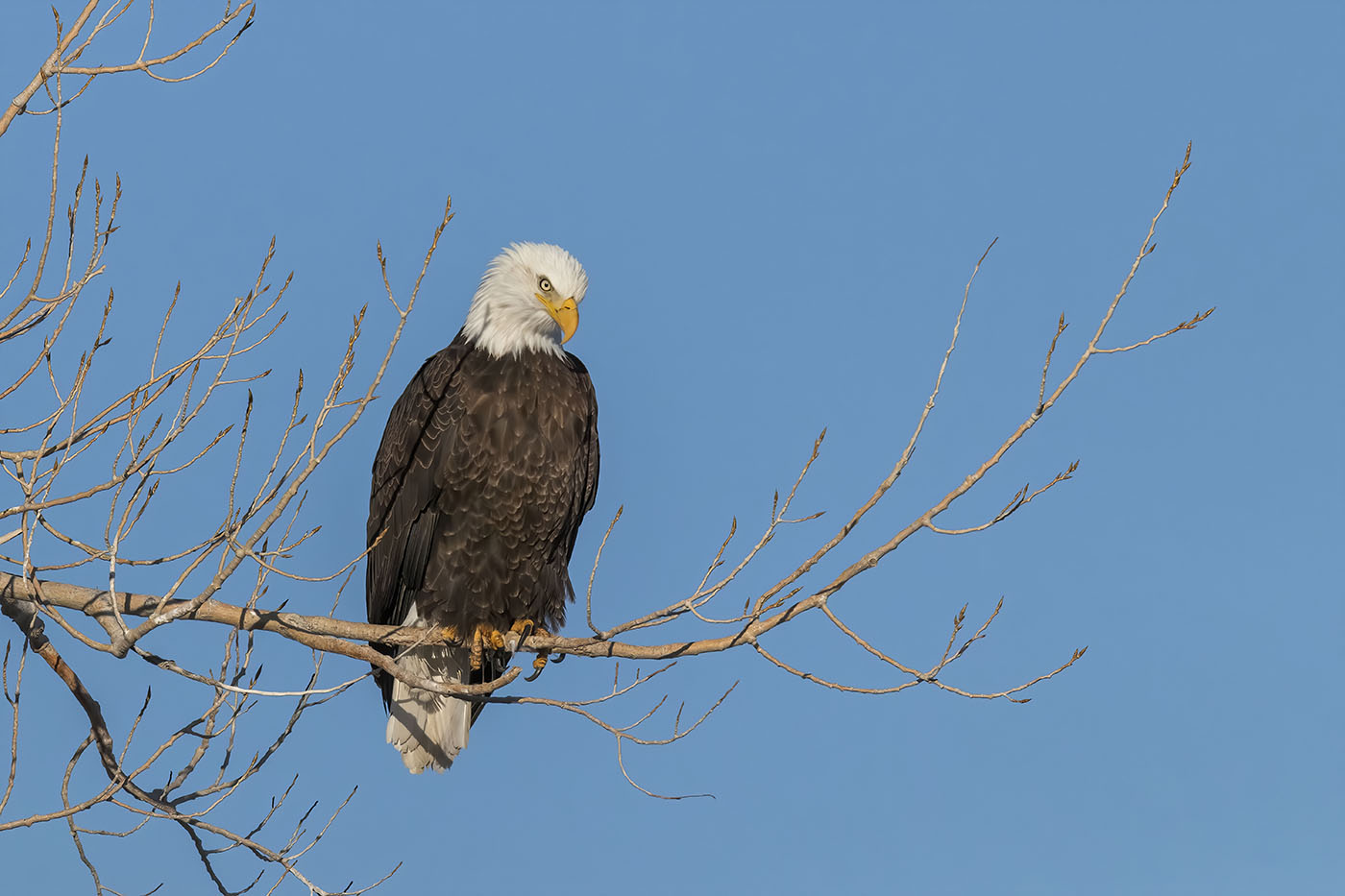 And my version edited for discussion….

Take composition, or specifically cropping, for example. There were 13 pictures submitted for competition and three judges… that’s 39 opinions for all of the pictures. A quick survey reveals that 14 of the individual judge’s comments suggest or imply cropping would improve the picture. In only one instance was it suggested that the photographer should have included more of the scene. Why, do you suppose, that is? After all, we have rules and guiding principles for photographic composition. If we all followed the same principles, wouldn’t we all agree on the final result? Why so much cropping? Glad you asked. I’m going to propose an answer which lies in the psychological underpinnings of photography. Here it goes:

At the precise moment when every photographer is pressing the shutter button, he or she is influenced by a whole lot of things to which the viewer is not. The photographer is looking out over the whole landscape… possibly a pond below this eagle in Ona’s picture, or a river running nearby, a larger grove of trees; and then the other sounds and sensations such as birds chirping, the warmth of the sun on the photographer’s back, or the blistering cold, possibly the smell of autumn leaves on the ground, or the hot coffee in hand. All of those things – sights, sounds and feelings – transcend the limited frame of a picture, but impact how the photographer decides on the final composition.

The viewer, however, sees only a tiny cross section of all that; experiencing the photograph with a lot of filters. The viewer doesn’t see the pond below or feel the cold. How viewers read all of those extra feelings and sensations into the picture is up to their imagination, with only a little assistance from the photographer. Therein lies the skill of communication. Photographers naturally want to expand the view of the subject in their pictures, often times as an unconscious attempt to show more of what they felt while watching the scene unfold before their eyes… “context,” if you will. But communication isn’t always as successful as we wish. To the viewer, a tree branch or two or three is enough to show context. A few more branches doesn’t add a pond, so why do we need to see so many branches? Why is half the picture devoted to secondary redundant elements? Well… on the other hand, why not? There is no perfect answer. My point is that the field of view by the photographer is expanded, consciously or not, by a wish to communicate more of the sights and emotions of the scene than what potentially speak to the viewer. It’s how they choose to tell the story.

The same could be said of writing. Writing and photography are two sides of the same coin… one shows what I want you to see, the other expresses through words what I think. Both are forms of communication. And if the reader feels like they got the message after one sentence, then the rest of my essay becomes superfluous, just like the extra branches in Ona’s picture… it means something to me but nothing to the reader.

The important thing that I’ve come to appreciate is that I can’t control how the reader responds to my writing (or picture). I can’t demand of readers or viewers of my work that they respond in the manner that I intended. I can only present it in a way that is meaningful for me. If you want to shorten my essay or crop my picture, fine, but it probably won’t change how I choose to express either one. I highly doubt that it will for Ona either. Ansel Adams was famous for saying to his critics: “My picture either speaks to you or it doesn’t.”  Edward Weston, another famous photographer of the 20th Century, uttered this gem: “The only thing critics do is psychoanalyze themselves.” I think that was in response to having had his pictures rejected for a prestigious art show on the west coast. See, even the best artists get agitated over criticism of their work.