Don’t get me wrong… I’m really not much into artsy Photoshop filters. If I wanted to make a picture look like a painting, I should learn to be a painter. That said, there are times which have called out to me to slow the shutter, wiggle the camera around, and explore what sort of impressionist pictures would come out of the camera. This is one such time that, had I been there, I might have gone down that path. On the other hand, sunsets over the ocean are so beautiful, I might very well have dumped the camera in the car, nuzzled up to my honey and watched the sun call it another day with her. Lu’s saying… “Sure you would, hahaha.”

These are the judges comments for Dawn’s photograph “Pacific Sunset.” 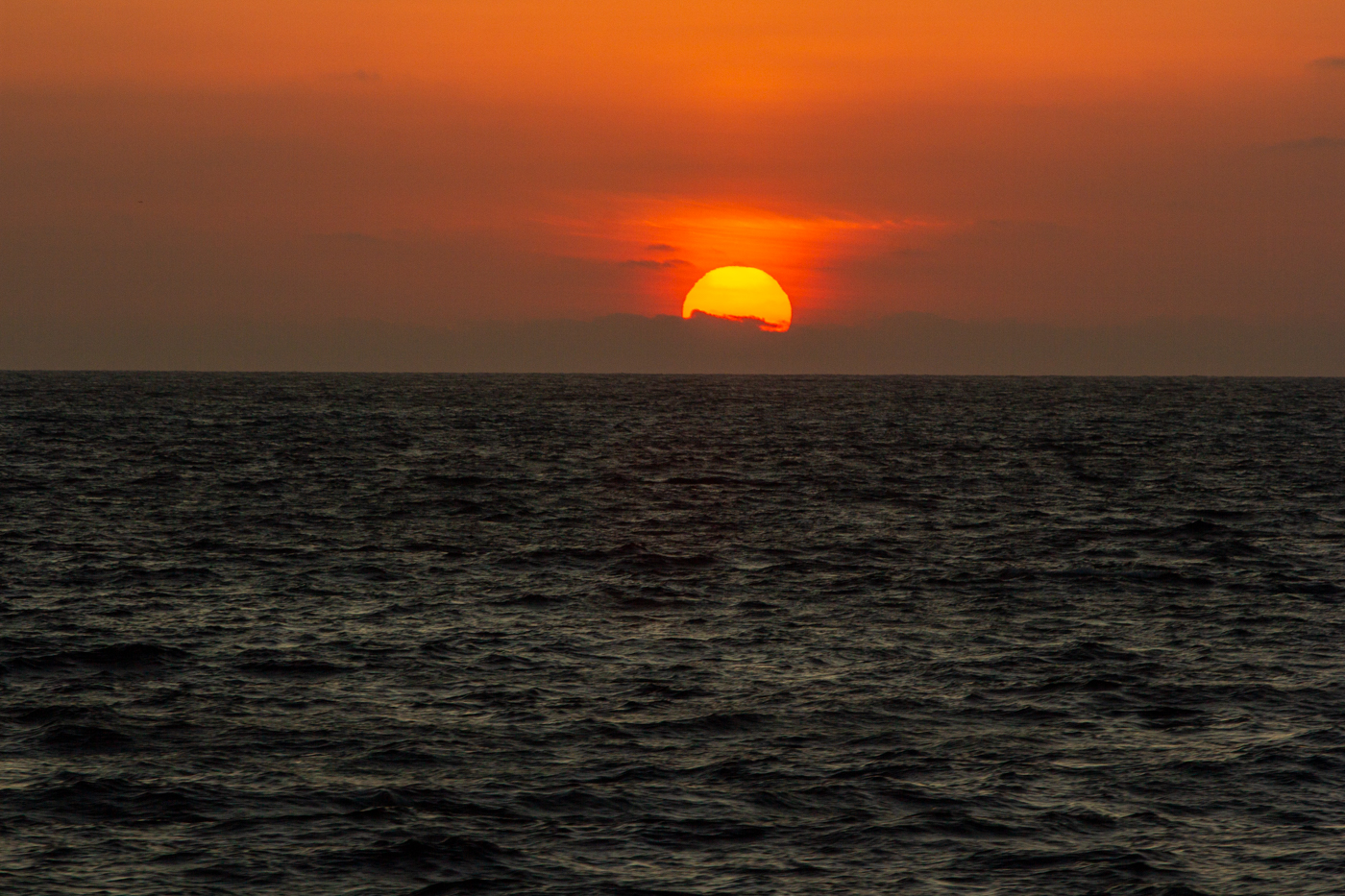 From a photographic point of view, and more specifically a photo competition point of view, the picture invites an extra measure of creativity. Of course we don’t have oceans in Colorado, so it’s an appealing and different scene for those of us here. But if the PSA judging club happens to live by an ocean, I doubt they’ll be impressed. Which is why I think the picture needs something a little extra. A person with his dog getting an evening walk on the beach? A couple holding hands? Something to engage with the viewer. Okay, I’m not inclined to search for people in my picture, so I’d probably have looked at it a different way. The water in Dawn’s picture is really choppy (it’s missing that calming affect) so I think I’d have explored a long exposure to try and smooth it out: 30 seconds or maybe a couple minutes. Something to achieve that impressionist look of a Renoir painting.

Short of an 800 mile return trip to LA, we can simulate the idea in Photoshop. Apply a motion blur, sideways. Since we don’t want a football shaped sun, copy it from the original and paste into the modified image. Blur the edges of the sun quite a bit so that it removes the hard edge and doesn’t look like it’s been copy and pasted. I also used the dodge tool (set to highlights) and brightened a pyramid shaped path of light from the sun on the water. Lastly, I increased yellow and red (orange) in the water to give the overall picture a more monochromatic look. I know… I can hear everyone screaming: “Stop screwing with Dawn’s picture and go take up painting.” Fine, I’ll do that after I learn to play the piano.

In response to the judges’ recommended improvements: “So much water.” Well, oceans tend to be that way. “Sun is the subject, not dark water.” You can’t have more than one subject? “Crop in till the ocean is about 1/4 or less of the image.” Seems to me like the judges miss the point of the picture. You can’t crop significant portions away from this picture and still achieve the same impact. We’re back to that frequently abused rule of thirds, or take the horizon out of the center. Forget that stuff and go with what feels the best way to represent the scene.

PS. Click on the comment(s) above to read Dawn’s explanation and some of the choices she considered for her picture.

One response on “PSA Competition Discussion #11”