I really like this image for a number of reasons. I finally got my square portrait crop. And the bird actually looks engaged with something. What that is, we don’t know. Maybe dinner. But the look in its eye could stop time. I love the tension in the pose. It creates motion – unusual for a bird picture where the bird isn’t flying.

These are the judges comments for Marina’s photograph “Snowy Egret.” 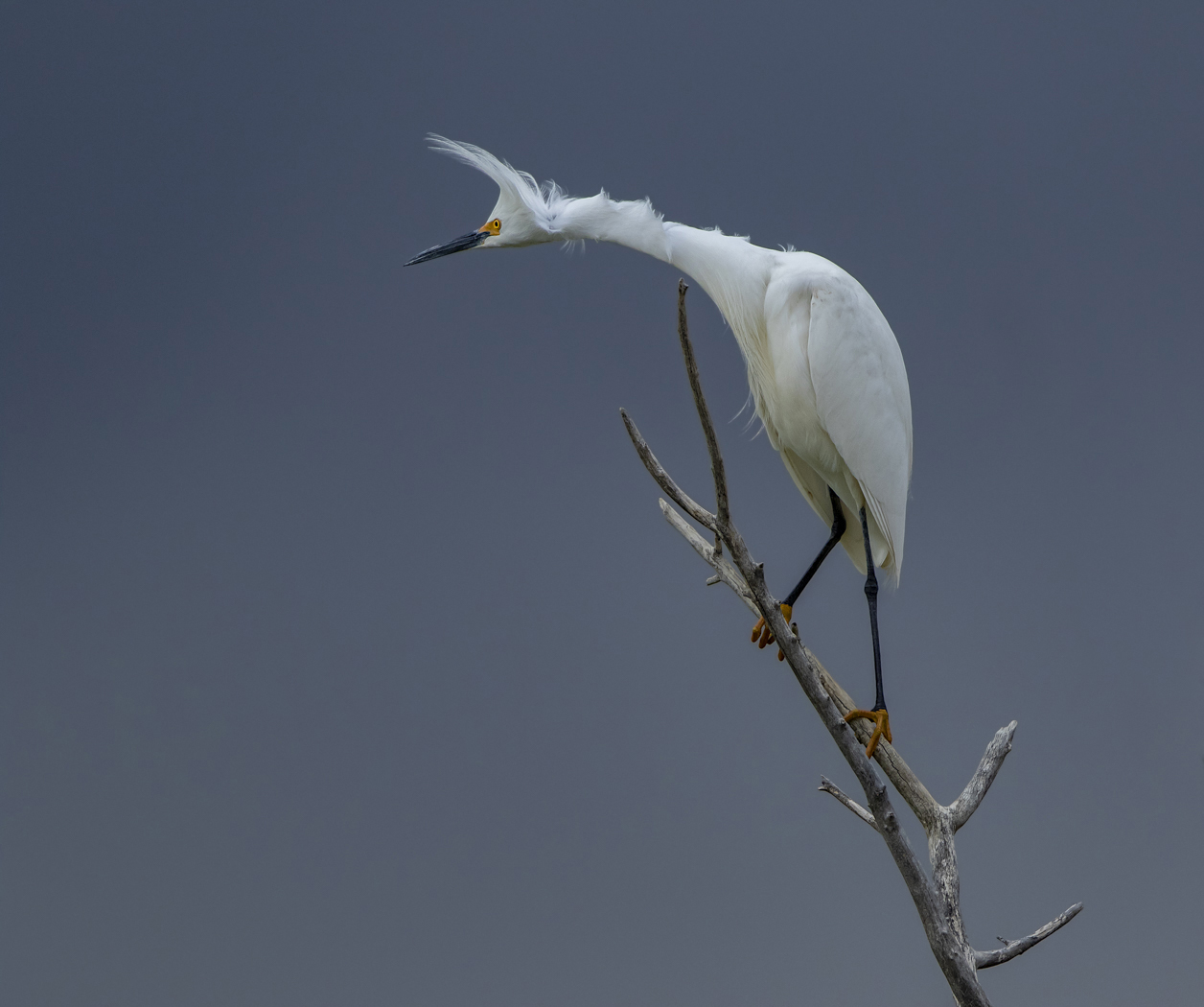 There’s virtually nothing I would change in this picture. Maybe brighten the eye and remove whatever it is hanging from its beak. Petty stuff. The important discussion in my mind stems from the judges’ recommended improvements. I disagree with all of them. I’ll address them one by one:

How to respond to that comment delicately? Hmmmm…. rubbish! I could not disagree more. First of all, I’m not sure what is meant by an “easy” exposure. Probably something to do with the effect of the light on contrast, but we could use a little more information. Besides, I didn’t think we took a picture because it was easy, but because the light enabled the photographer to capture a story and express it in her chosen way. Which leads me to the second part of the judge’s comment regarding impact. I love the mood of this picture. The brooding sky complements the look of the bird so perfectly, that any other color of sky would compromise the story. I think it has a ton of impact.

“I wish there wasn’t so much empty space on the left.”

Why? So we can turn it into a vertical format conforming to the rule of thirds? The crop is perfect the way it is. There’s a mostly vertical structure of elements with a shift of the neck and beak to a more horizontal plane, all fit into a square frame for nice balance. That’s one method for creating subtle contrast in the form of lines and shapes.

“Adding more light to the subject will give more contrast to the muted blue-grey background.”

True… but why do we want that? Brightening the bird (adding contrast) changes the mood. The egret needs to look a little cold, angry, hungry, and uncomfortable for this picture to work. Besides, he’s not way underexposed to the point of losing detail. The judge is simply making a subjective assessment disconnected from the mood of the scene. The holy grail of photographers is to elicit an emotional response by the viewer. Altering the mood of this picture in any way risks destroying that response.