With today’s picture by Bob Clarke, I’m going to ask another hypothetical question. How would the image look different if it had been shot on an overcast day, instead of bright sunlight? Please note that I’m not asking whether a change in lighting would improve the picture or make it better. I’m only looking to establish how it changes the picture. I consider the answer to that question to be indisputable fact, whereas if I ask whether the lighting improves the picture, the answer becomes entirely subjective.

These are the judges comments for Bob’s photograph “Colorado Four O’clock.” 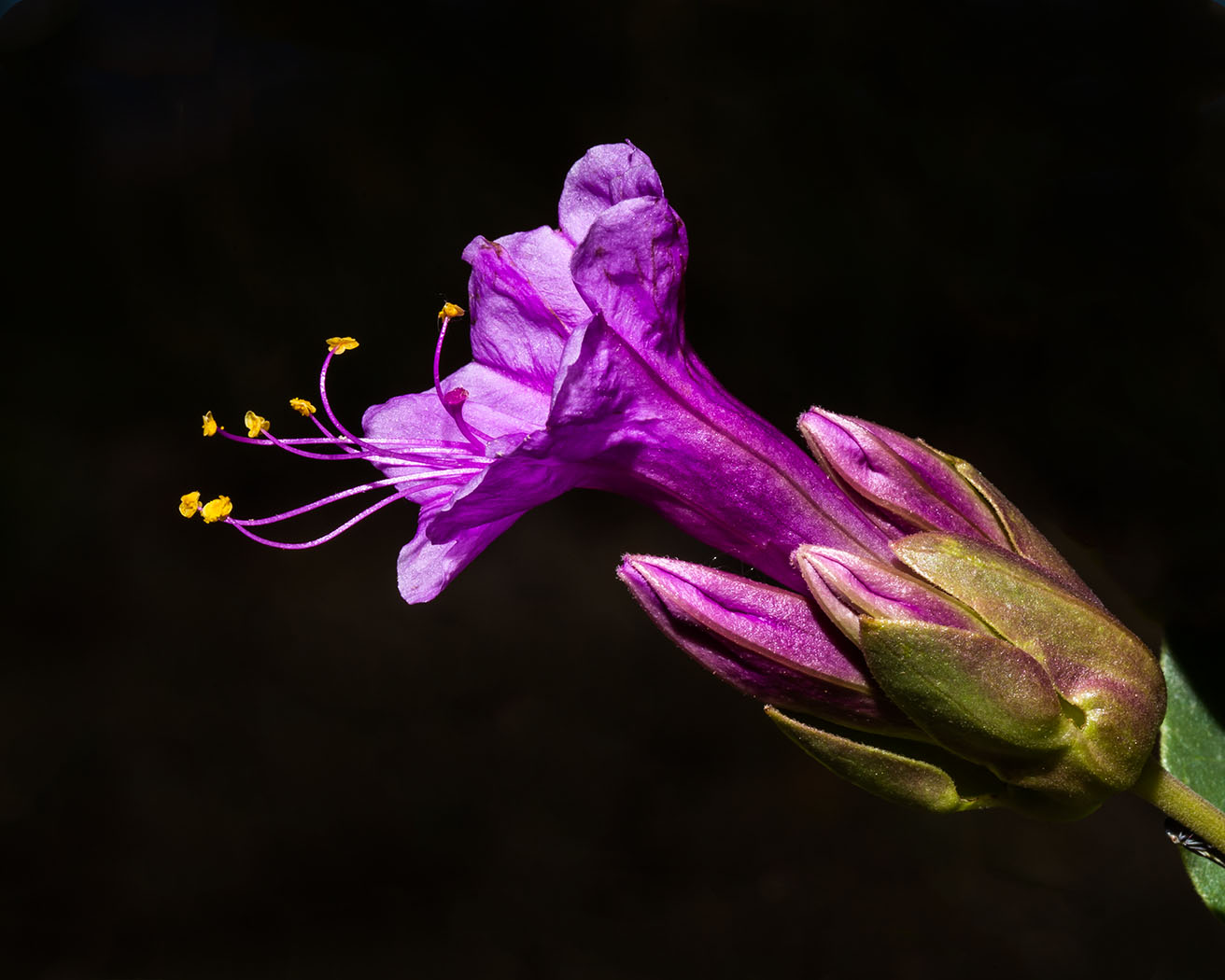 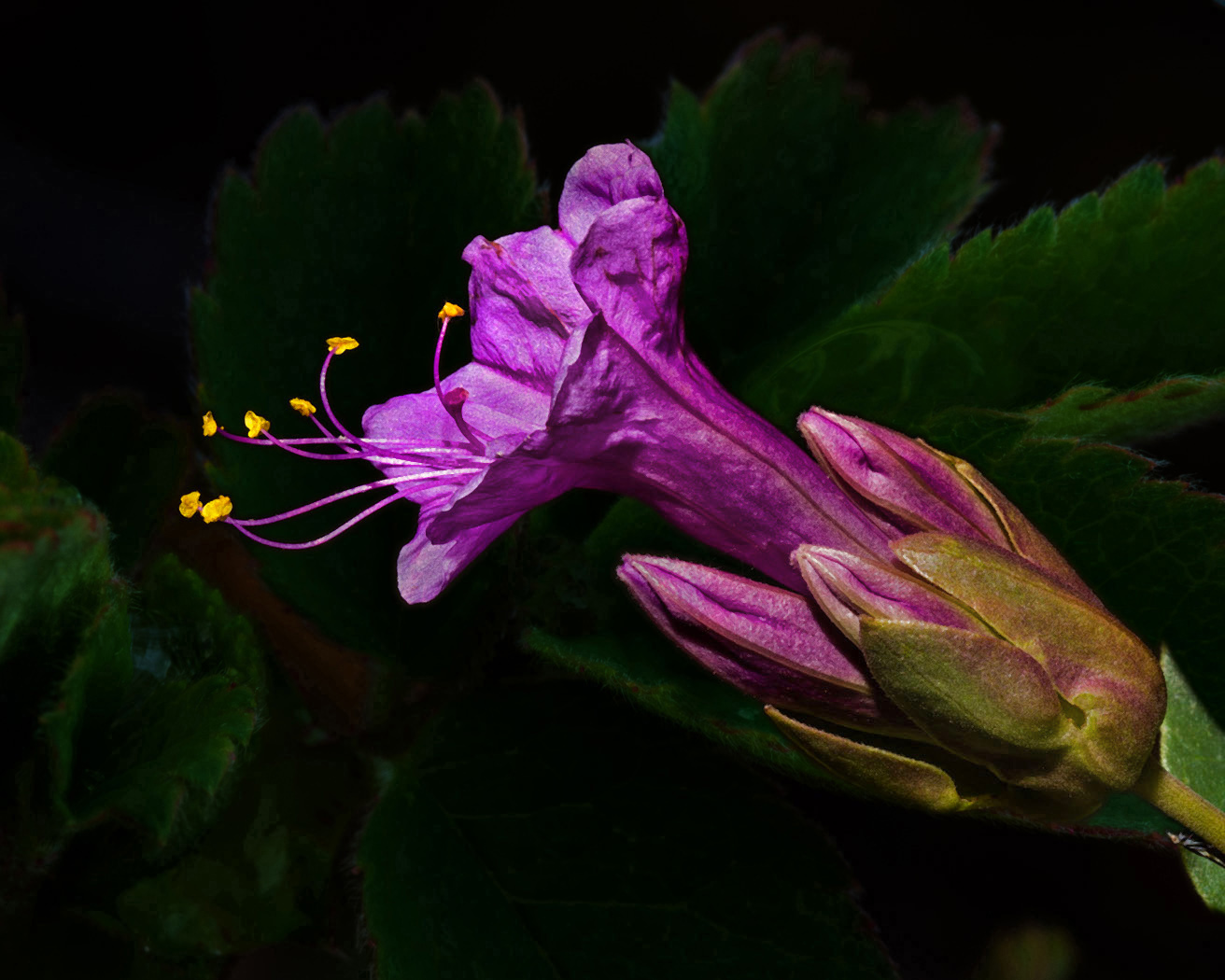 It’s difficult to answer my question by simulating the answer in Photoshop. I’ve done my best in the edited version, but in some cases there’s no substitute for mother nature. However, if I wanted more diffused light outside on a bright sunny day, there are strategies and tools to accomplish that. I could hold something like a white sheet between the sun and the flower. I could even set the camera shutter on a timer of a few seconds and stand between the sun and the flower. If I really wanted to get elaborate, I could set up a diffuser on one side, and another object on the opposite side of the flower to bounce light back into the shadowy dark areas. Something as simple as a silver reflector that you might use on the dashboard of your car would work. It doesn’t have to be expensive stuff out of the B&H catalog. But why the bother?

The biggest reason, and answer to how the picture changes, deals with contrast. With overcast or diffused light, bright spots and shadows are diminished. Light wraps around the subject, the same way portrait photographers use softboxes in the studio. Think of clouds as the great softbox in the sky. In Bob’s picture, the highlights are fairly pronounced on the outer edges of the flower. Shadows get pretty dark and devoid of detail, especially if the camera is pointed down into the inside of the flower. The edges would not be as pronounced in lower contrast images, but shadows and highlights usually show greater detail. Lower contrast pictures typically show greater uniformity of color. The lower-contrast approach can produce a “softer” image, which might also benefit from less sharpening. All of those speckly white spots in the stem and base of the flower, which are accentuated by sharpening, are gone by softening the picture (I used the dust and scratches noise removal filter in Photoshop). Some people like the drama of high contrast images; other people prefer the detail exhibited in low-contrast images.

From a botanist’s standpoint, the solid black background is great. Focus is entirely on the subject… no distractions. From a fine-art perspective, I’ve just seen it done too many times. Sure, it isolates the subject in dramatic fashion, but the more I train my eyes to pay as much attention to the background as I do the subject, the more I want to see a “great” background which complements the subject nicely. Solid black doesn’t do much for me. I’m sure other people will strongly disagree. But considering that a black background is surely added artificially in some form to the flower’s natural surroundings, it is just as reasonable to fake a background by throwing in some greenery – either in the garden, in the studio, or in Photoshop.

As always, I look forward to reading other people’s comments. If you’ve been hanging out on the sidelines, now’s a great time to jump into the discussion. We’re about half way through the PSA entries, so there’s plenty of opportunity ahead, and no law against commenting on some of the older posts. I’m sure the photographers appreciate a diversity of opinion beyond just my comments. If you’re unable to login and comment because you can’t remember a password, contact me or Bob Peterson and we’ll reset it for you.