These are the judges comments for Robert’s photograph “Window Dressing.” 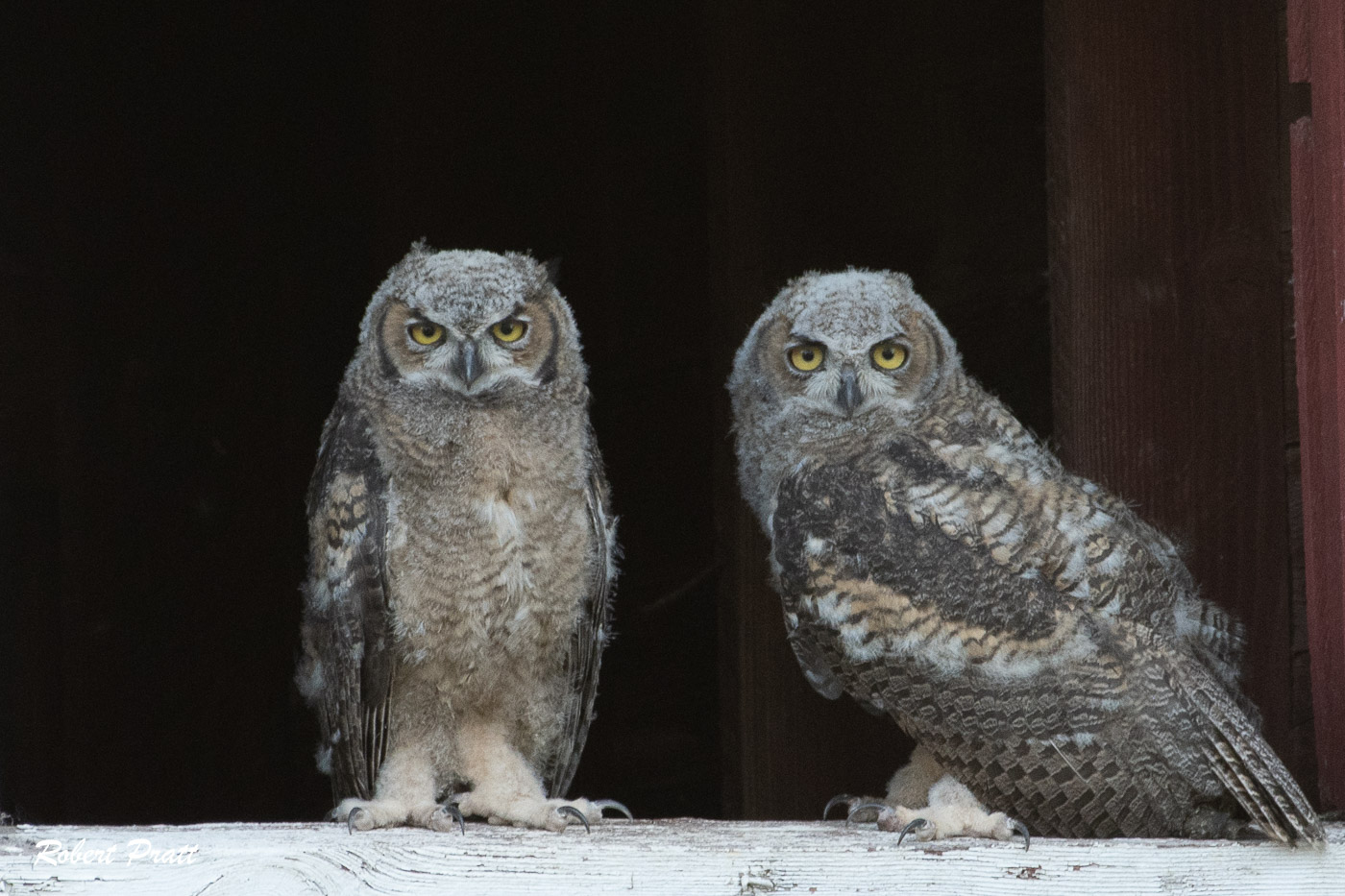 This picture is a lot like Debbie’s in terms of our outlook on editing. The big question is whether to increase color saturation. This could be a mine field, as it is with a lot of pictures. I readily admit that I know very little about the natural colors of birds and some of the funky colors in their eyes that we don’t see in humans. I’m sure the light in which they’re photographed makes a difference too. In looking at Robert’s original, there is definitely a hint of yellow in the eyes, and some warm colors throughout their feathers. The birds are sitting in the shade, though, where colors would naturally be muted. I’m guessing the colors could be enhanced without destroying credibility in the picture, so I chose to increase the saturation of just the yellow by itself. But how much yellow do we add before it looks surreal?

The improvement that the third judge recommended to “lighten the eyes and bodies” is a little misleading. That implies increasing exposure, which lightens all tones equally from dark to white. I suggest leaving the blacks where they are, and brightening just the highlights in the birds alone. Brightening highlights in the wood washes out detail there. In Photoshop, draw a loose selection with the lasso tool around the owls, and feather the edge. In “Levels,” you want to scoot the highlight slider on the right a little to the left. That effectively increases contrast… addressing how one judge described the picture as a bit flat. Also, their eyes aren’t really white, so brightening their tonal values results in something different than saturating color. Remember, contrast comes in many forms… tonal values (black to gray to white) and color (such as yellow to blue, or red to green) being the two most common. This is a case of judiciously editing both tone and color to get the results that you want. The color saturation we added in the first paragraph will already increase contrast and help the picture look less flat. Brightening the highlights is a separate step.

As far as the judge’s comment about using fill flash, I’m guessing birds don’t like flash in their eyes any more than humans. But if the judge really wants some catch lights in their eyes, we can do that in Photoshop easier and without pissing off the owls. Personally, it doesn’t look right to me… birds don’t sit in studios equipped with softboxes for a family portrait.

The remaining issue is whether to crop the picture. While that’s almost always high on the list of most judges critique, surprisingly none of them mentioned it here. By now, I’ve made my preferences known for a square crop with portraits. I see the square crop as bringing the viewer “closer” to the owls in this picture. The owl on the right was already wondering about the pose you asked of him, like… “Does this pose make my butt look big?” Crop it a little to make him happy. And ask him to tuck in his feathers next time. Forewarn him, too, that you’re gonna blind him with flash.