I really like the composition of this picture by Bob Peterson. As one judge said, you could return over and over and see it in different light. I could sit there until it got totally dark and just take it in.

We’re headed down the home stretch this week with the last five pictures entered into the PSA competition. Log in to the TMCC website and post your thoughts on some of the pictures.

These are the judges comments for Bob’s photograph “Grand”… 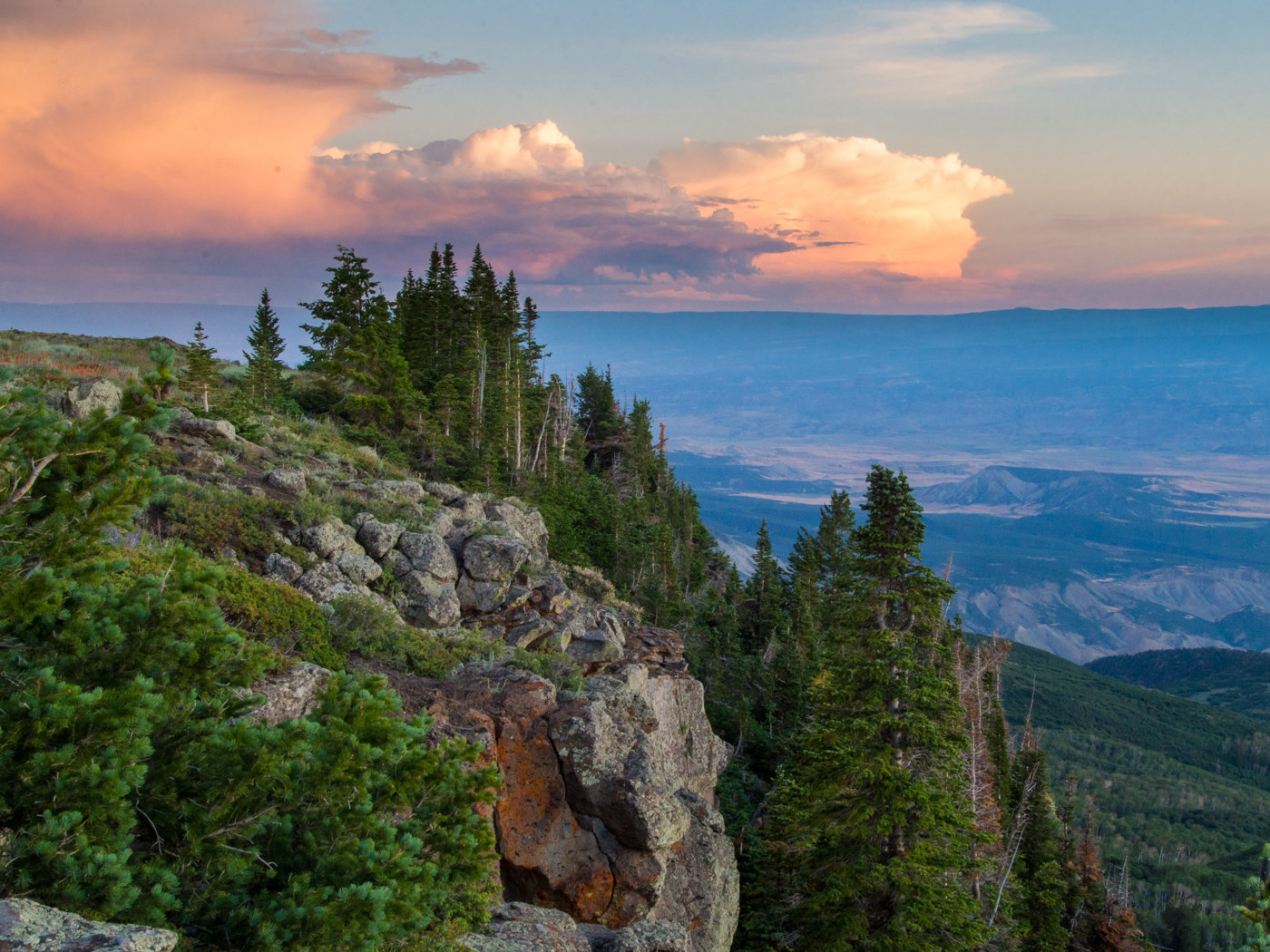 The other consideration is color. The valley in this picture is extremely blue. That’s not unusual. Colors in the shade always tilt toward blue. Snow does the same thing. It’s gonna appear even more pronounced if we increase saturation of the picture overall. If editing the entire picture in one step, and trying to increase saturation in the clouds and trees, blue in the valley follows along with it.

This is where we need to work with the sky and the ground separately. It’s pretty easy to do here because there’s a clear dividing line between the two. Using the Photoshop magic wand tool with a tolerance of about 20, you can click through the sky near the edge of the land in the background. Hold the shift key (Mac) down as you click through the sky in order to add new selections, rather than replace one with another. You might need to refine the selection with the lasso tool on the left side where the difference in colors is very little. Once the selection is made, the rest is pretty easy. Saturate the cyan and blue; leave the reds and yellows alone. Then inverse the selection so that that you’ll be working on the foreground and valley floor. For that part of the picture, simply desaturate the cyan and blue. One tip… push the slider all the way to one extreme or the other just to see where the change in saturation impacts the selection in your picture. In this case, reducing the blue primarily effects the valley floor, but leaks into the trees in the lower right as well. So we need to adjust our selection. Using the lasso tool while simultaneously holding the option key (Mac), draw a loose line around the trees in the lower right to subtract them from the selection. Now go back and lower the cyan and blue saturation.

A couple other minor details: I debated over cloning out the rock in the lower left and branches in the extreme lower right. They don’t really bother me much, but the eye does tend to keep returning to the bright rock in the lower left corner. In a larger print, all of these little things become magnified. And since I got beat up once by judges several years ago for a small rock cut off in one of the corners of my picture, I decided to pass it along. The picture is a bit soft, so adding a little sharpness helps. Also, I counted at least nine dust spots. One judge referred to them as water spots, but I suspect it’s just dust on the sensor.

By the way, Marina has been keeping me busy with asking for a third version…. a happy medium between the original and edited version. How do we do that for those of us who don’t save a million adjustment layers? The quick solution for me is to open the original RAW file, and copy and paste the edited version as a new layer on top of that. Use the opacity slider to create the balance between versions that you want. If some areas require more or less opacity than others, add a layer mask and just brush in areas where you want to fine tune different parts of the picture.